What others have to say

Over 14 countries were considered for the Game of Thrones series before Northern Ireland was chosen due to its wild sea cliffs, rocky beaches and crumbling medieval ruins.

This private VIP tour gives you the chance to walk in the footsteps of Deanerys Targaryen and Jon Snow, stopping at over 20 key film locations, along with exclusive behind the scenes video clips and photographs.

Superstars can arrange additional extras, including the chance to meet an actor from the show and private helicopter sightseeing charter.

This private VIP tour gives 4 people the chance to walk in the footsteps of Deanerys Targaryen and Jon Snow, and to experience the Kingdom of Mourne stopping at over 20 key film locations along with exclusive behind the scenes video clips and photographs. Your guide will take you around Old Castle which was extensively used for the filming of Winterfell Castle scenes, sharing fascinating stories on how the sets were created and what the cast got up to.

The tour continues across the stunning wild landscape from the Kingdom of Mourne Mountains including Ireland’s oldest Scots Pine Forest. Key locations on this tour can include the archway from King Roberts arrival, the mystical tree under which Robb and Talissa secretly marry and the tree branch where Brienne confronts the Starkmen. During the tour, you will be driven in comfort in your own private 4×4 Discovery and shown notebooks and photographs from filming as you travel between sites. This package also includes a two night stay at a 5* Hotel with B&B for four people.

“The tour was brilliant, our guide really new his stuff. The scenery in Northern Ireland is beautiful and you learn in detail how the various scenes of GoT was filmed. A must for all fans, thank you.” –  G.TROTTER

“My boyfriend and I did the Winterfell Game of Thrones tour on Saturday and it was one the best tours I’ve ever done. We are big fans of GOT and this really topped it, I would highly recommend this tour to anyone” – W.AINSLEY 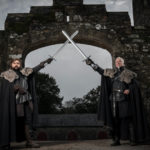 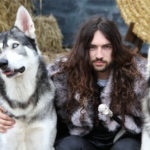 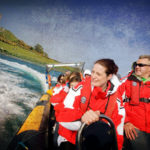 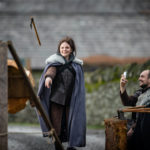 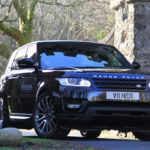 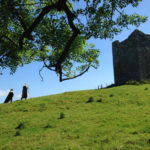 When can I use my experience? This experience can be used year around, subject to availability.

Are flights included? No flights are not included, however our travel planners can assist you with your plans.

For any questions or queries, please get in touch with our bookings team. Our devoted team will help in every way possible to coordinate your booking.

Intrigued by this experience but want to make it extra personal, we can tailor any experience to your individual request. Contact our team now to create an unforgettable experience.

HOW IT WORKS EXPLAINED

Take a look at our wide selection of products, the perfect gift for any special occasion or the ideal lot for your charity auction!

Talk to the bookings team! You've found the perfect product why not personalise it to add that special touch. Any experiences you purchase will come luxury gift giftwrapped!

Enjoy your product! Whether you've got a signed piece of memorabilia on the wall or experienced the trip of a lifetime! Superstars take pride in creating memories that will last a lifetime.

We are going through unprecedented times with the current pandemic and with social distancing in place, live events will be postponed until the foreseeable future. Charities everywhere have been severely hit by COVID-19, here at Superstars we are offering out a free online auction service to fundraise for impacted charities worldwide. Fundraising can now be done in the comfort of your own home!