What others have to say

Step into the world of 007 and become Bond for a day! This is the Ultimate package for any James Bond fans out there!

This is an exclusive package to Superstars! Not only do you and your guest get to enjoy the thrill of driving one of the cars used in the Bond films, you will stay at the award winning Stoke park, used as a filming location for Goldfinger 1964 and Tomorrow Never Dies 1997. You will be greeted upon arrival with a Martini and exclusively to Superstars we have included a limited-edition champagne to celebrate the release of the 25th Bond film.

You will start the day by picking up your Aston Martin Oscar India V8, hailed as ‘Britain’s First Supercar’ for its 170 mph top speed. You will get to enjoy the thrill of driving one of the cars used in the Bond films, through the glorious British countryside. The Aston Martin V8 first made its appearance in The Living Daylights in 1987 and has since been announced as one of the 4 cars used in the upcoming No Time To Die film.

After picking up the car you will make your way to Stoke Park, used as a filming location in Goldfinger 1964 and Tomorrow Never Dies 1997. Stoke Park’s Championship Golf Course was used when Sean Connerys 007 is pitted against Auric Goldfinger and remains one of cinemas most famous golfing scenes.

On arrival at Stoke Park, you will greeted by a Martini (shaken not stirred) and shown to your Deluxe Room. The next day after enjoying breakfast and exploring the hotel, you can choose to visit more of the local James Bond filming locations, such as Black Park which is a 10 minute drive from Stoke Park.

To celebrate the release of the 25th Bond film, Champagne Bollinger has produced a limited-edition champagne from the 2011 vintage which is also included and will be delivered to your address. Car pick up and drop off from Weybridge and you will have the car for 24 hours. We may be able to arrange for the car to be dropped to you at a surcharge. Insurance is included and drivers must hold a full valid driving license with no more than 6 points, age 25 – 75 with minimum 3 years driving experience. A security deposit of £1,000 is pre-authorised prior to the experience. Available Sunday-Thursday, Friday and Saturday nights available at a surcharge. Breakfast is included, as well as access to the Spa, Gym and Tennis facilities. 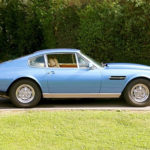 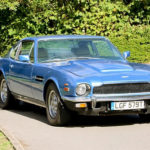 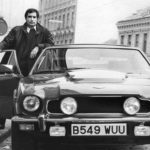 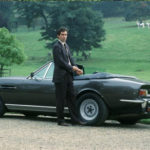 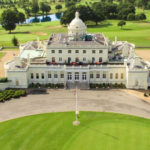 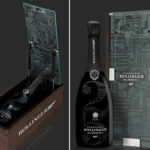 When can I use this experience? Available Sunday-Thursday, Friday and Saturday nights available at a surcharge

Is there a minimum and maximum age limit, and are there any driving restrictions? Insurance is included and drivers must hold a full valid driving license with no more than 6 points, age 25 – 75 with minimum 3 years driving experience. A security deposit of £1,000 is pre-authorised prior to the experience.

ENQUIRE ABOUT THIS EXPERIENCE

For any questions or queries, please get in touch with our bookings team. Our devoted team will help in every way possible to coordinate your booking.

Intrigued by this experience but want to make it extra personal, we can tailor any experience to your individual request. Contact our team now to create an unforgettable experience.

HOW IT WORKS EXPLAINED

Take a look at our wide selection of products, the perfect gift for any special occasion or the ideal lot for your charity auction!

Talk to the bookings team! You've found the perfect product why not personalise it to add that special touch. Any experiences you purchase will come luxury gift giftwrapped!

Enjoy your product! Whether you've got a signed piece of memorabilia on the wall or experienced the trip of a lifetime! Superstars take pride in creating memories that will last a lifetime. 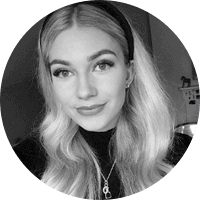 Hi! My names Beckie and I will be responsible for co-ordinating this amazing experience for you. I will be on hand to answer all your questions and to make sure you have a truely personalised and memorable time!